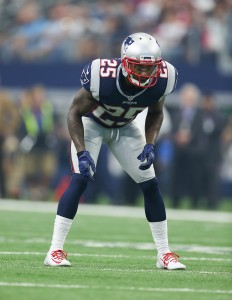 Since his rookie season, Tarell has made a name for himself as a significant part of the 49ers’ leading defenses, as starting cornerback.  During the 2012-2013 season Tarell had five interceptions in the last six regular season games. On the biggest stage in professional sports, Tarell caused a fumble in the Super Bowl which he went on to recover, a play that revitalized the San Francisco 49ers in the game.

Not only has Tarell played in the Super Bowl, he was also a member of the 2006 Texas Longhorns National Championship team that beat USC. Tarell played nearly his entire senior season with a stress fracture, a testament to the determination and dedication that defines him.

Since being in the NFL, Tarell has been very philanthropic in the Dallas area … Community Focused, Community Driven.